BoiBodol forum has established a Library at Rajshahi 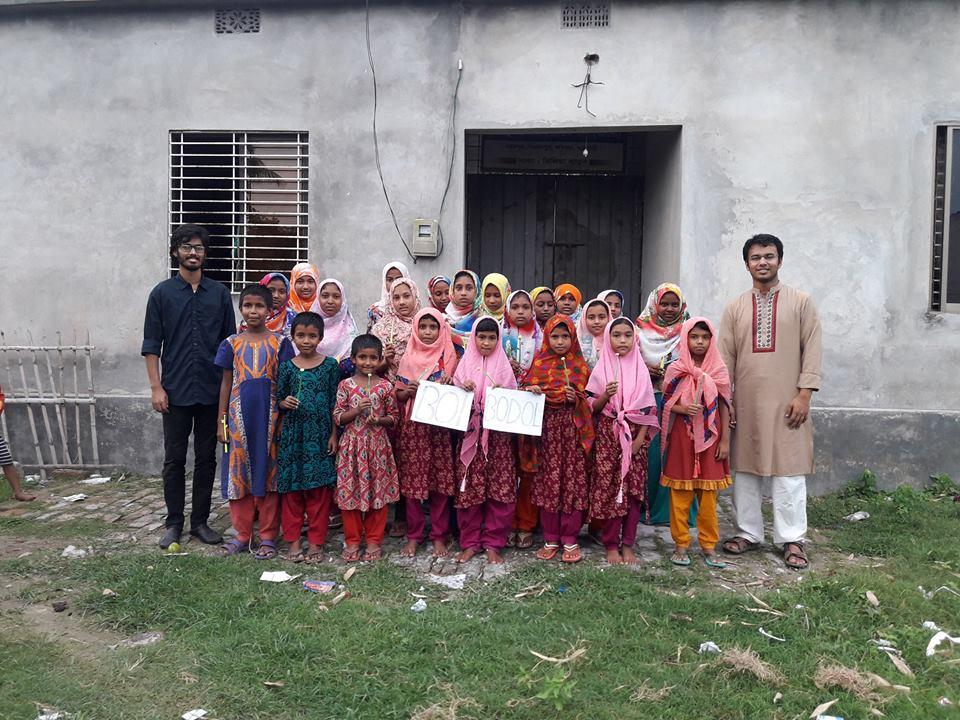 BoiBodol(Book Exchange), a social action project which roughly worked to exchange books between university students have now started to create small-scale libraries for young kids. The project has launched a pilot library at Dawatul Islam Girls Orphanage. It is situated at Dharampur, Binodpur, Rajshahi. A retired banker and his wife take care of the children as it is a family initiative, but local residents are also helping a lot for its operation.

BoiBodol initiated collecting books for the library in late May and collected books till 5th of June. In spite of being a small initiative and for lack of professional advertisement, 58 books and 2000 BDT were collected. Many students, job holders and even housewives also donated books for the kids. They not only gave away the books, as per the policy of the library project, they have also written beautiful quotes under the cover page of the books so that the kids could enjoy it more.

The volunteers, under the supervision of Nafisa Hasan, the co-founder of the project then enlisted the books in BoiBodol database. On 7th June, Saifullah Mahfuz, the founder of BoiBodol and Amimul Ehsan, a volunteer on the project started their journey to Rajshahi. They reached at Rajshahi in the next day morning and Miftahul Jannat Mouni, another volunteer for the project from Rajshahi hosted them before preparing for the event.

When the team consisted of Saifullah, Amim, Mouni reached the orphanage, Syeda Safika, representative of the orphanage and a university admission seeker, welcomed the team. The kids were very happy to have visitors. Rather than going to the place merely to give away the books, a few segments were arranged to enrich the reading habit of the children. At first, Saifullah talked about what kind of books have been brought to the orphanage. Then Amimul Ehsan shared his experience as a person who had no affiliation with books beyond the syllabus. He shared the story of struggle he had to go through as he had a little knowledge over everything before starting to read books from different genres. Then Miftahul Jannat had taken a session on why extracurricular activities, such as painting, reading story books etc can help a student to become more attentive to his/her studies.

A few fun games were also played in between the session. The most popular one was remembering as many as names of the books given by the BoiBodol team.

The orphans were overjoyed with this small but unique initiative. The owners of the orphanage also welcomed the team warmly. But they are also facing financial hardship as they are currently buying an addition portion of land for the orphanage so that they can accommodate a lot more orphans at their place, established their own school and for a playground. For this, they need 20 lakh BDT. Financial aid is hence, welcomed.

It was a great experience for the BoiBodol team as they never thought they would get this much response from the donors. They are looking forward to creating more libraries around the country.

We appreciate and congratulate the new initiative of Saifullah Mahfuz Orko, Founder of BoiBodol Concept and his dynamic team members.